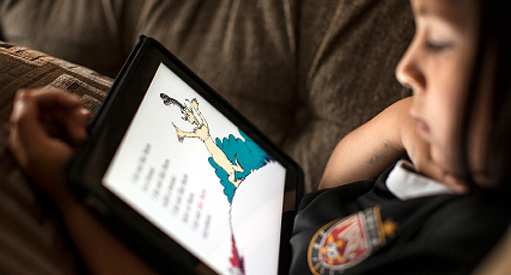 Book apps may well become the new wild west, as cost of production drops, adoption increases and as publishers and authors jockey for consumer dollars by creating a new quality, immersive experience.

With the rise of eReader adoption, there’s speculation about the rise of book apps and the role they’ll play for devices such as smart phones, tablets and even on your PC or Mac.

The adoption of eReaders such as the Kindle and iPad is on the rise, with people increasingly staying connected and attached to their devices. Apple sold more than 3 million units of its new iPad in its opening weekend and 55 million iPad units since its first release in 2010.

Apple’s main rival in the tablet space is Amazon with its Kindle range and popular Kindle Fire devices. Both companies face a new competitor, as Google recognises this trend and is fiercely entering the space.

It’s evidently clear that eReaders and tablets are here to stay and the discussion and release of book apps will become more popular. This is just the beginning.

So what is a book app?

The idea behind book applications or sometimes referred to as ‘enhanced eBooks‘, is that they essentially offer an expanded and more interactive experience of reading a book. Just to be clear the term ‘book apps‘ I’m referring to here, is when the book title itself has been created and delivered in a new and completely separate format from its print, eBook and audiobook counterparts.

The opportunity book apps bring is allowing publishers and authors the ability to create a new reading experience, that entwines the core story with interactive elements such as audio, video and interactive games. Many publishers and select authors are looking at book apps as the next step for books. At this point the discussion of book apps is usually centred around the creation of a new reading experience for magazines, learning, chapter books, picture books and comics.

A good example is Disney’s children’s book apps. They vary in regards to how much audio, video and games they have that compliment the story. You’ll see some common aspects to the book apps such as menus, much like a DVD menu. In this example A Frog Thing, you can choose to click on highlighted words in the text to listen to narration.

Are book apps the next stage in reading evolution? 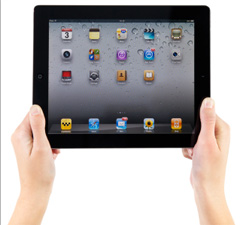 I think for book apps to do well and be widely adopted, they need to be well executed and will require a little more time for tablets to penetrate more of the ‘reading’ (not gaming) consumer demographics. Book apps will serve to attract the those usually more attracted to game-like apps, but the wider ‘reader’ majority will push the trend.

This starts by understanding that the book app offers a different experience from a print book or standard eBook. I think book apps themselves will become a new format to experience a book or newspaper but it’s not here to replace the book as we know it.

Book apps are an exciting opportunity, particularly for children’s and comic book authors whose books are somewhat the least transferable to the standard e-ink eReaders, unlike straight text novels.

Though some authors pose some resistance to the idea of book apps, citing it may detract from the reading experience having the added mult-media aspects becoming distracting than complimentary. This might be the case for poorly produced book apps, but those done well, should focus on the immersion and having the added features enhance the experience keeping the reader ‘in the story’.

A different beast to create, compared to a typical novel eBook

Unlike your typical iPhone or Android app, the consumer take up rate of book apps has been slow.  Publishing is a business remember and if book apps aren’t readily available for consumers to purchase, then the adoption and popularity will continue to be slow going.

It’s a catch 22. Also, the creation of a book app is an expensive one and only a few publishers are being selective in what book apps they release, so the market shelves for book apps is still quite bare.

There’s no horrible software Word.doc grinding when creating a book app (a good thing!). The expense with book apps is the required programming and of course visually rich content creation. Those few companies taking on the challenge of delivering quality book apps, will generally have their own small dedicated team (like Disney), or outsource it to special production companies.

Additionally, there’s currently no standard pricing for book apps and the perceived value of book apps is still yet to be quantified. This makes it harder for publishers and authors to jump in and experiment with no way to anticipate sales.

What do book apps mean for independent publishers?

At this point in time, the book app price of entry for authors and even some trade publishers is still to high. This is going to change in due time, make no mistake. It’ll be a couple of years before book apps are on the tongues of parents, where there’s an iPad or Kindle Fire in every second home. When this time nears, book apps will fast become a new frontier for independent authors and you’ll want to be ready!

Independent publishers who are in control of their publishing, distribution and content creation, are in a prime position because for book apps to be possible the content has to come first and that is ultimately up to the author.

Like those playing in the mobile iPhone and Android app space, I see independent publishers looking to find a couple of core people to form their book app team. These professionals will be found in small to medium service vendors and freelance contractors from around the world.