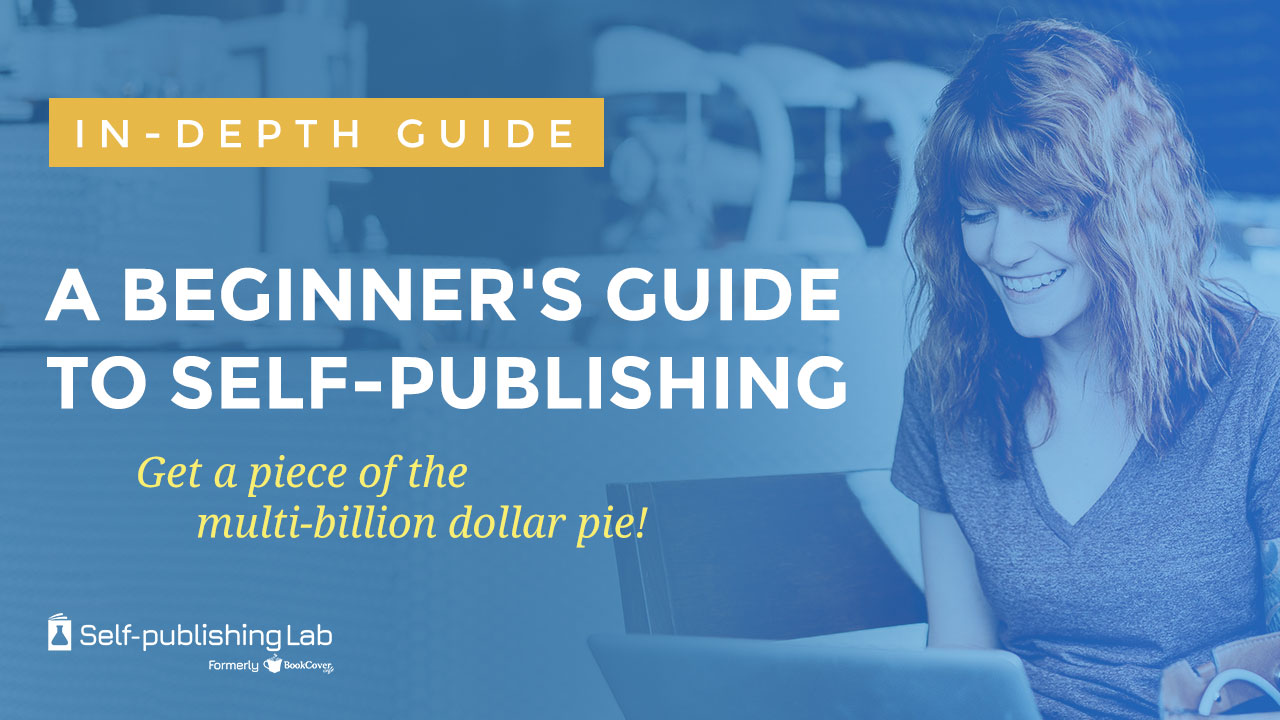 How about that online sales are almost equal with traditional retail ($7.5 billion and $7.6 billion respectively)? We can expect that upward trend of online sales surpassing traditional means in the next year or two.

Would you like a sliver of that multi-billion-dollar pie? I bet you do.

Well, I have good news for you.

These trends are a great thing for writers looking to self-publish, because it means that the most efficient and cost-effective way to self-publish your book and have readers buy it, is about to become the number one method in the world that readers use to purchase their books.

All you must do, is be sure to set yourself up on the right foot from the beginning to capitalise on this trend.

How do you do that?

I’m glad you asked. Read on.

TIP: More than 1 billion paperback books were sold (more than any other format in 2017) comprising 36.9% of books sold in all categories.

Let it go, your wallet will thank you

As almost every author who has ever attempted to get a book traditionally published knows, trying to get published for the first time can seem like an impossible task.

You’ve got more chance sneaking up and catching the leprechaun dancing under the rainbow.

For a start, mainstream publishers will rarely even look at an unsolicited manuscript, meaning that it’s invariably necessary to approach a literary agent first as traditional publishers use them as a filter.

However, trying to find a literary agent to represent your work isn’t any easier.

Most successful authors will tell you that they spent many years trying to get literary agents and publishers to notice their work, only to be confronted with a constant stream of automated rejections.

In the world of traditional publishing, the vast majority of manuscripts end up on the so-called slush pile, often without a second thought. Worse still, it is getting harder for new authors to break through the apparently impenetrable barrier that traditional, agency publishing has become.

It doesn’t even matter how great your manuscript is or even how popular its niche might be.

The simple hard truth is that publishers and agents alike normally prefer to work with established authors rather than take the risk with something new.

Ok, put the bottle down … because here’s the good news.

The publishing industry has undergone unprecedented change in the last few years, and this applies across the board to cover a huge variety of mediums ranging from novels to video games to music.

The 22-second history lesson of self-publishing

As any veteran author knows, there’s nothing new about self-publishing. In fact, authors have been going down the independent route since publishing began.

However, until recently, self-publishing carried quite a stigma. Disparagingly known as vanity-publishing in the world of literature, self-publishing was typically associated with enormous financial investments and minimal returns.

Side note: I helped one author avoid signing a $90,000 vanity publishing contract that was offered to her to pay for publishing her book. Since joining the Lab, she’s gone on to creating her education company that helps thousands of teachers around the country, appear on television, and sell her subscription online and see her books in stores.

Typically, all the marketing was left up to the author (still is today), and since marketing is rarely the forte of authors, making back the money, let alone making a profit, was highly unlikely.

In the early nineties, along came the Internet, laying the foundations for things to come. In 1996, a company called Lightning Source by Ingram Book Company came along, representing the arrival of print-on-demand (POD) on a new commercial level.

Authors and publishers could publish their books, and they would be printed on demand whenever a purchase was carried through. The new POD model promised to greatly reduce publishing costs as well as the financial commitments that came with them.

It wasn’t until around 2010 when self-publishing entered the beginnings of a golden era.

The rise of Lighting Source quickly opened the market to more and more independent publishers such as Amazon’s CreateSpace and Lulu. The rise of self-publishing online quickly started to make traditional publishers anxious, especially when celebrated authors like Stephen King, Lisa Genova and Andy Weir tried their hand in the self-publishing waters as well.

More recent years have seen the evolution of Web-based self-publishing, electronic book formats and print on demand. There are now more opportunities than ever before, not least thanks to the arrival of crowd-funding platforms and the increasing ubiquity of electronic book readers.

Today, it’s even becoming increasingly common for authors to start their careers by going down the self-publishing route eventually to have their work enjoyed by readers around the world and make an impact.

Here’s where the coin has flipped.

For those self-publishers like Hugh Howie and Fifty Shades author E.L. James who play the long game and sell well, now get a knock at the door from traditional publishers who now see them as a lower risk and proven their viability, offering a deal.

OK so, make that the 24-second history lesson.

Did you know?
Author E.L. James of the Fifty Shades of Grey trilogy, originally published her Twilight fanfiction exclusively online before becoming the phenomenon it is today.

What Are the Pros and Cons of Self-Publishing?

Disregarding the pointless waste of money that is traditional vanity publishing, self-publishing leveraging the technology today presents a whole raft of advantages for hopeful authors:

Unfortunately, many of the advantages of self-publishing also represent its inherent challenges.

As self-publishing continues to change and become more widely respected as an alternative to traditional publishing, the advantages often outweigh the disadvantages. 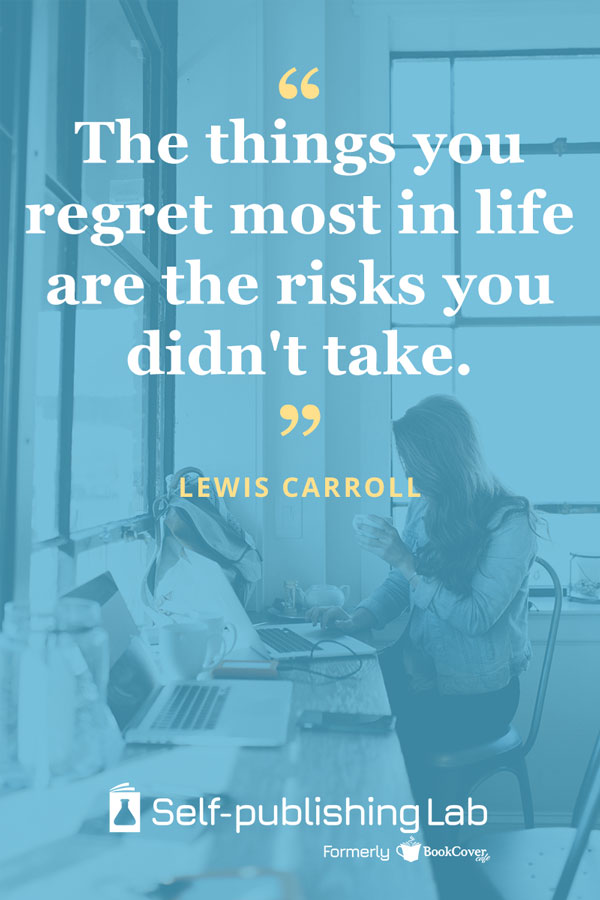 So, is self-publishing right for you?

It depends. Urgh, that answer again. Just a sec and hear me out.

When making your decision, it is important to recognize the key difference between writing and publishing. People usually become authors because they have a genuine passion in the subject they’re dealing with.

Some write for the love of the craft, to create a side income with a catalogue of books, and others to build authority in their industry and grow their business.

However, you’re going to need to come up with something that others will want to read as well. If you don’t have a clearly defined target audience, your book will likely end up being a personal project that may not be of interest to others.

Side note: understanding your target audience is a critical piece to successfully self-publish and make ongoing sales.

Although it’s now possible to self-publish a novel for next to nothing, doing so will almost certainly lead to failure. To get the job done properly, you’ll need first need to invest in a killer first impression—a professional book cover, and an editor who can provide the professional advice needed to make your book more sellable.

You’ll also need to be prepared to do a lot of marketing yourself by starting a website and being active on social media and other author platforms to build an audience.

Let’s look at some of the key questions you should ask yourself before deciding to self-publish:

If so, then this is a viable path for you.

Getting started with self-publishing

If there’s one thing that doesn’t change regardless of which avenue you go down when it comes to publishing, it’s that you’ll need to take every necessary step to ensure your manuscript is ready for publication.

Writing a book takes a lot of time and hard work, and it’s not likely to be done after a single draft. Unless you’re extremely confident in your skills and already an experienced writer, you’ll almost certainly be better off in the longer term by hiring an independent editor to review your work and provide you with some professional, unbiased advice as well as a market analysis.

The cover design process often runs in parallel with editing. Once you’re confident that your book is ready to for the next step, you can reach out to a cover designer and book designer to format your book.

By self-publishing, you’ll be able to retain full rights over your book, meaning that there’s nothing stopping you from publishing your work on multiple platforms.

Some of the most successful self-publishers use a combination of Amazon and Ingram, since the latter allows you to sell through Amazon anyway, as well as many other retailers.

“Success comes from continually expanding your frontiers in every direction—creatively, financially, spiritually, and physically. Always ask yourself, what can I improve? Who else can I talk to? Where else can I look?”
― James Altucher, author of Choose Yourself

Learn from others and don’t waste time reinventing the wheel.

Shares
← Gifts for Writers: The Ultimate Guide With 24 Gift Ideas for Any Occasion

Shares
Share This
We use cookies to ensure that we give you the best experience on our website. If you continue to use this site we will assume that you are happy with it.Accept